So what started as a visual snow and rain idea, and then developed into a metaphor about the British class system, now has a third dimension; returning to the visual, as Folding Mirror poems have two halves either side of a folding middle.

As Marc looked at the photo of another storm over Sandviken on the same day he thought of nature writing a message with snow and rain. He thought it might be a totally original idea, although suspected not, and the latter thought was proved true, as he found a narrated Nature’s Language poem on YouTube.

But the writing with snow and rain is still original as far as Marc knows; and he thinks that little additions to existing ideas is about all writers and poets can expect in the twenty-first century. Here’s the poem, and a couple of relevant photos; the first one was where he was sitting when he had the first poem idea: 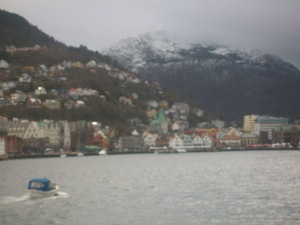