I was thinking about my last posts about the pyramids around the world being similar, especially between the Middle-East and the Americas; not to mention accessories such as ‘handbags’.

I thought that if you consider the first humans arrived in North America around 13,000-20,000 years ago, on an ice bridge either from the west or east, and built the pyramid complexes (in Mexico) about 3-5,000 years ago, around the same time as they were being built in Egypt, what is most amazing is that the ‘Americans’ kept that cultural knowledge going for 10,000 years; if there was no more contact between the people either side of the Atlantic, and if it wasn’t all total coincidence.

New findings are shedding new light on it all the time. Recently, new archaeological research using new techniques using ‘remote surveying technology to see through the thick canopy of forest’ has found evidence of a new pyramid and many more buildings at the Mayan city of Tikal, suggesting the population was about ten times bigger than previously thought. It had some greenYgrey relevance too!:

That civilisation, dating from 1500-1200 years ago, shares with the Mesopotamians pyramid buildings and the mysterious ‘handbag’ carrying figures.

The Mesopotamian Apkallu (image from Wikipedia below, with Mayan one below) are said to have been sent to teach humanity culture. The humanity that is supposed to have left that region before eventually finding it’s way to ‘America’ left the Middle-East about 20,000 years before the Mayan civilisation flourished on a relatively thin piece of land straddling the Atlantic and Pacific oceans.

Was what they learnt in the Middle-East that important to them, or is it all a coincidence, or was there more contact? 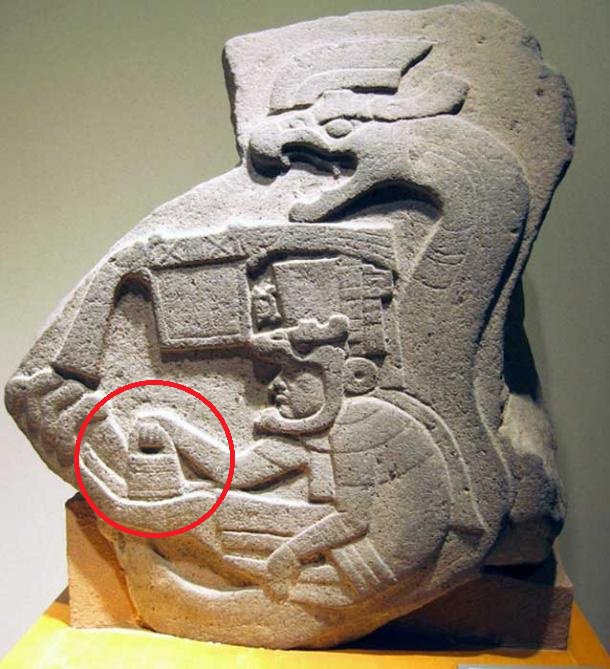 I first read about the similarities between the Mesopotamians and Mayans in Graham Hancock’s Magicians of the Gods. He thinks there were many great civilisations before the last Ice Age. I just visited his site and saw his new book this year is called America Before; it reminded me I saw he was planning on concentrating on America the last time I visited the site last year.

One thought on “Most Remarkable Thing about Global Pyramids”