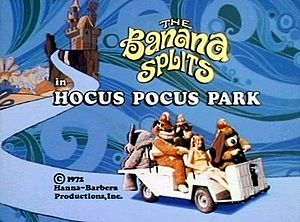 This movie discusses how Joseph Campbell identified that global fantasy follows basic themes, with the golden buddha story at the start having relevance for the transformation of Greenygrey to greenYgrey:

With relevance to the above, when I started reading for my PhD in 2000 I got side-tracked; my supervisors decided; by structuralism and semiotics, started with Saussure’s langue and parole:
https://en.wikipedia.org/wiki/Langue_and_parole

15 years later I think this book made it all worthwhile, ending my ‘fantasy journey’: 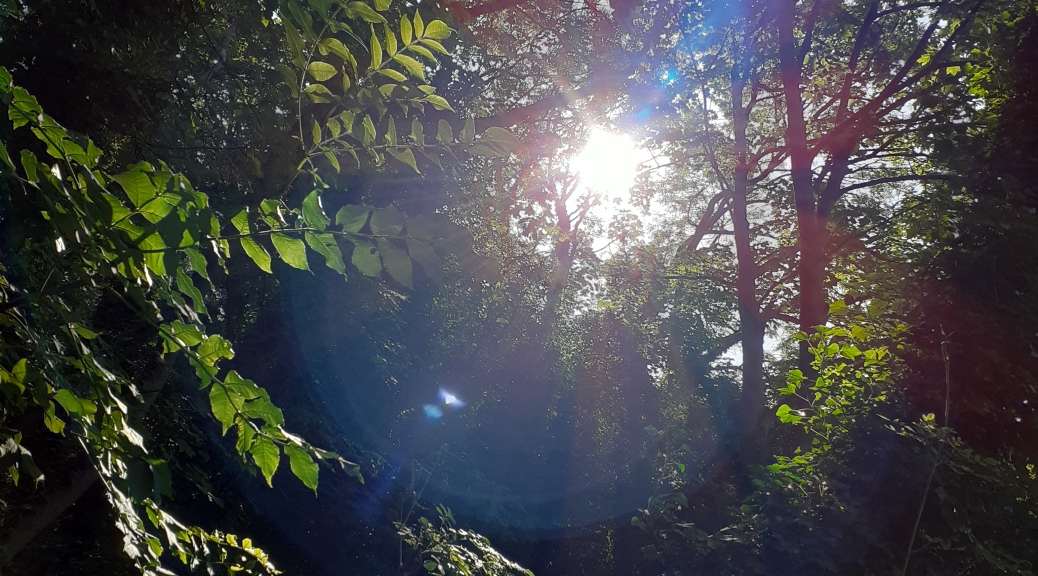 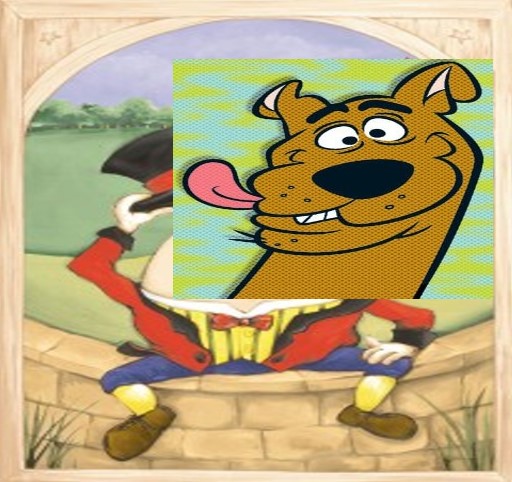 After Frank Skinner’s beat poetry podcast maybe another programme could see him retrace the Beat journey to California, and be called Frankie Goes to Hollywood after the 1980s pop group!

If it included greenYgrey (and Frank: Road Trip), it could also be the new Gordon, Gino and Fred: Road Trip (just done USA!), with GGF capitals!

They could also do Scooby Doo, with Frank’s scruffy look and zany personality ideal to play Shaggy!?

Until then, there’s always the greenYgrey trilogy!

Sunrise quote  by a better runner than me, followed by a few of my sunrise photos from the Leeds spring equinox, from pre to post, and then my books, that also celebrated twilight times, and tried to create a better UK and world, following Scandinavia’s green example:

“Why run? I run because I am an animal. I run because it is part of my genetic wiring. I run because millions of years of evolution have left me programmed to run. And finally, I run because there’s no better way to see the sun rise and set… What the years have shown me is that running clarifies the thinking process as well as purifies the body. I think best – most broadly and most fully – when I am running.” ~ Amby Burfoot 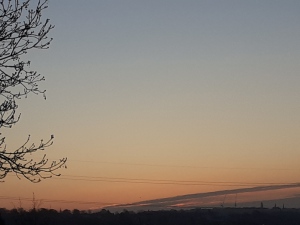 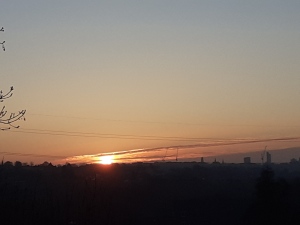 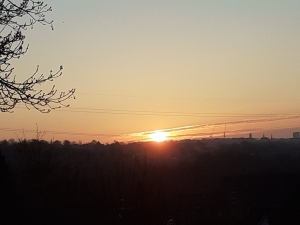 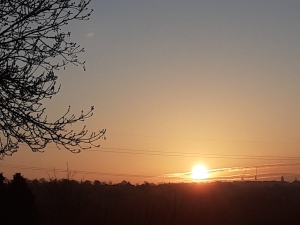 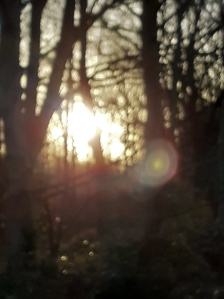 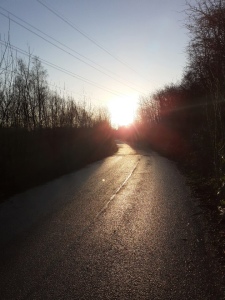 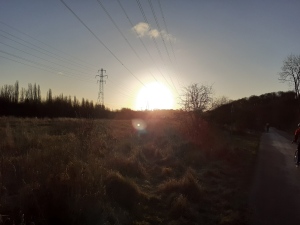 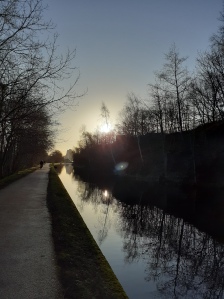 When I saw the BBC covering this week’s great sunsets I hoped they’d caught up with the POPolution, and were seeing twilight colours without the blinkers of old hat proverbs. 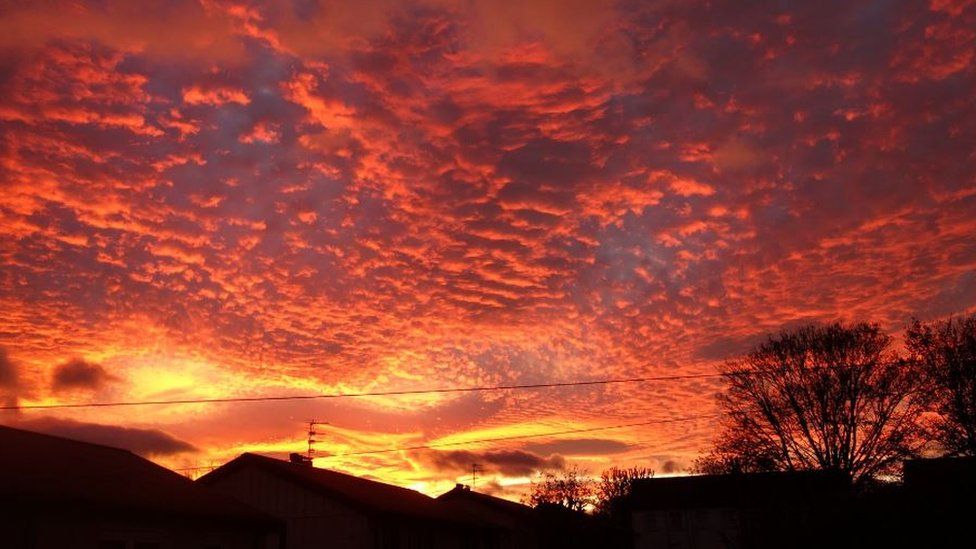 However, they kept on calling the sunsets ‘red’, when they were nothing of the sort! This photo is probably the closest to red of the featured ones, but is really a deep combination POP… 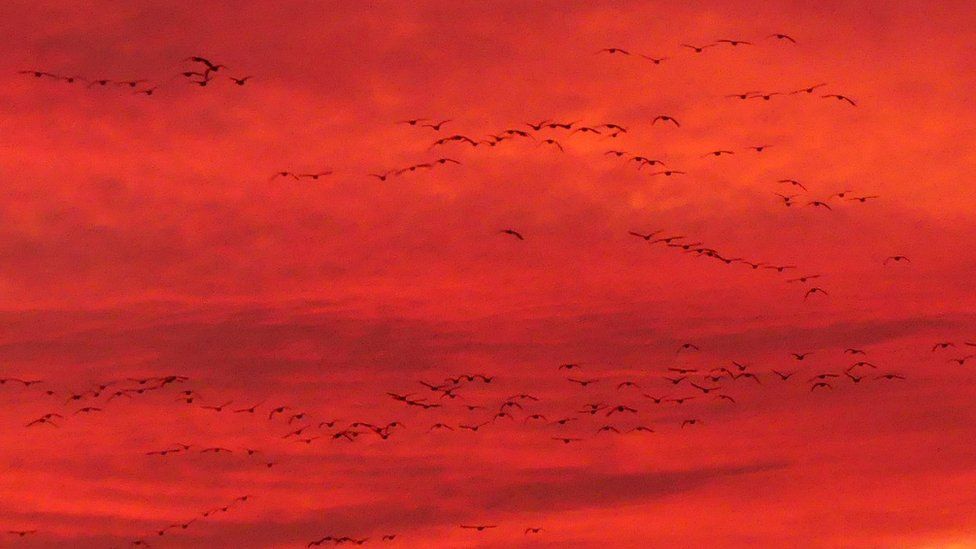 … some are bright pink… 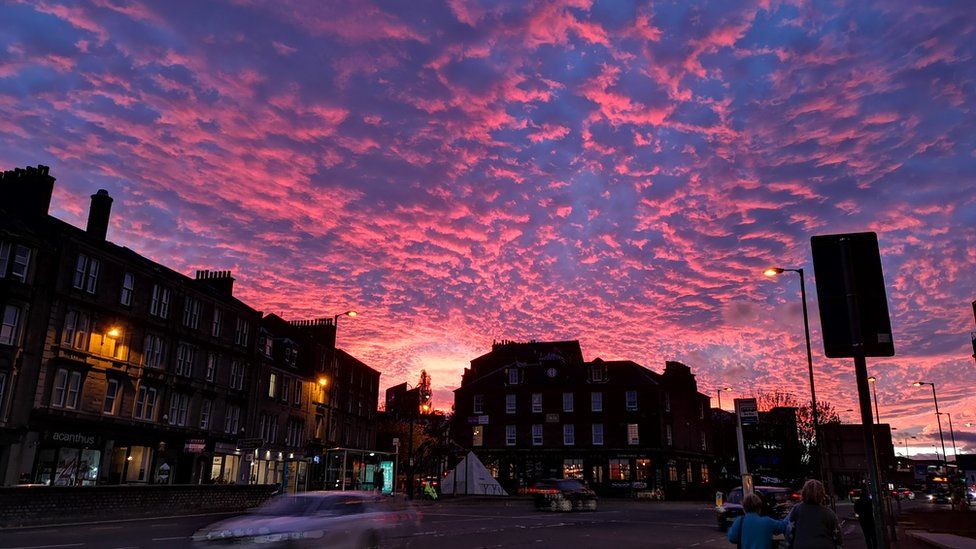 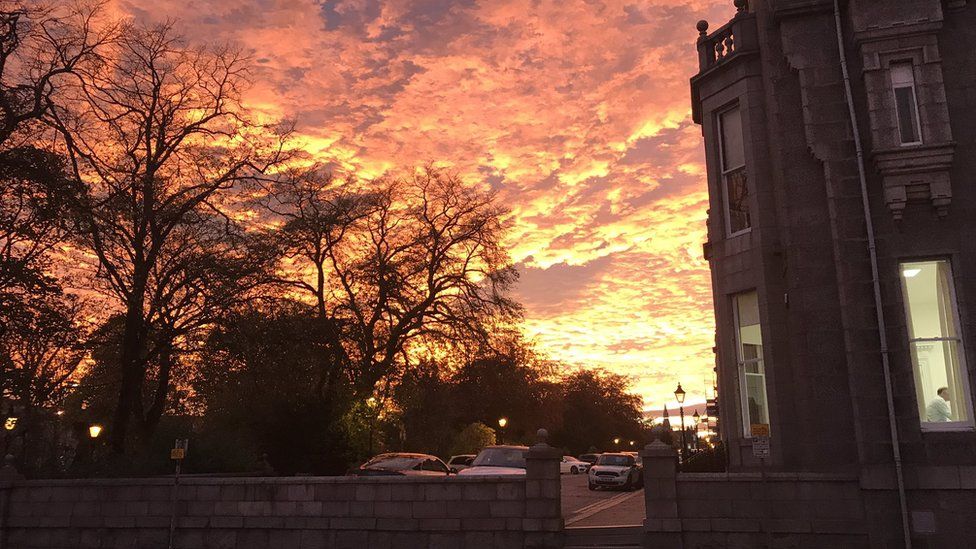 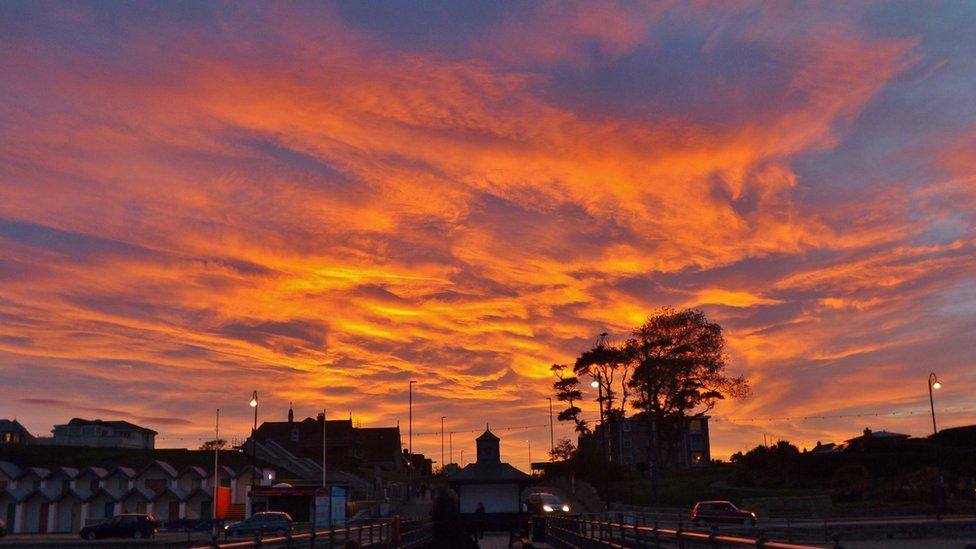 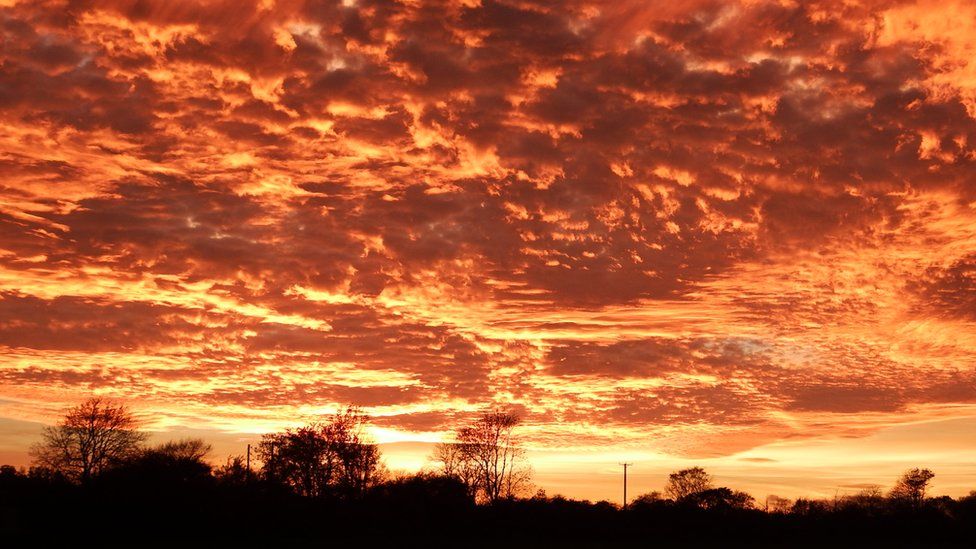 I’m just glad to see these great photos really, but if you wish, POPolutionaries, please complain to the BBC in a light-hearted way, asking them to see things as they are, rather than through dogmatic cultural brainwashing! 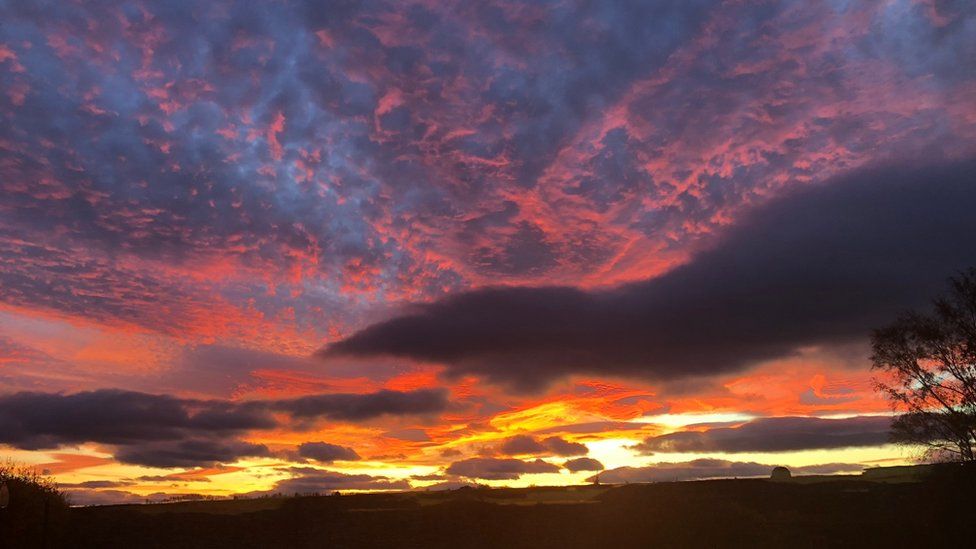 The BBC have also ignored XaW Files: Beyond Humanity, where the new POP art developed out of the travel quest for the greenYgrey world’s Andy Warhol, Andy Wolfhol:

I wrote Banksy’s shredding of his painting at Sotheby’s was reminiscent of Suicidal Tendencies’ Art of Rebellion album cover in yesterday’s blog post.

I also wrote it was a total coincidence I was listening to it on YouTube. I think it was, but it was a suggested video, or their Freedumb album (1999) was first, and AoR followed, so who knows how it works; I don’t!

Maybe Banksy works for YouTube, or knows somebody that does?

If you think about things like that, the possibilities are endless. I recently read Umberto Eco’s Foucault’s Pendulum (1988), and he makes that point; that there are always connections if you look hard enough; something I showed in my XaW Files: Beyond Humanity.

I am now certain XaW is a credible Eco for beginners: a less scholarly, but more entertaining version. We both studied semiotics at university; I did mine on my own, straying from the methodology the department wanted, starved of supervision in my first year.

Both books have thin plotlines and are more a writer digging deep into philosophy, psychology and knowledge, for personal learning and sharing. I was bored for much of the over 600 pages of Pendulum, and think most modern casual readers will be; whereas I wrote XaW in small entertaining sections, ideal for the modern social media user with low attentions spans, because that’s what I am; especially because I think I always have had ADHD.

Eco (no relation to environment!) passed away a while ago, and was obviously a great writer and academic, so I’m not being ‘competitive’!

The greenYgrey didn’t find the greenYgrey world’s Andy Warhol, Andy Wolfhol, on the XaW Files travel quest, but it did find Marcel Duchamp and his Readymades. I realised that the relevant images and photos I’d been rebranding greenygrey/greenYgrey; and then POP (PinkyOrangePurple) were like what Duchamp had done a century earlier, in what some people consider the most important artistic contribution of the century. I named mine readYmades, in line with the greenYgrey rebranding!

Jonathan Jones traced Banksy back to Duchamp in an article on MSN today. There is even a link to the Suicidal Tendencies’ Art of Rebellion album cover featuring the Mona Lisa, as Jones cites Duchamp’s drawing on a copy of the Mona Lisa.

A fresh coffilosophy thought now wonders if Suicidal Tendencies knew of Duchamp, and they were referencing him by featuring the Mona Lisa. Are they modern dadaists, protesting against elitism and war in their own LA way… the possibilities are endless..!

I hadn’t connected the railroad tracks image at the top of the blog post to the Banksy-Duchamp article when I started writing this, but now I realise it’s my latest greenYgrey readYmade.

The greenYgrey may have left Earth, but it’s spirit lives on…

I apologise if this blog post has been too long, and it’s been very male. Gwyneth Paltrow was on the news this morning promoting her Goop brand, and she talked and looked great, and many women are capable of great art and deep thinking, as I’ve tried to strongly promote over the last fifteen years of arduous; sometimes fun; creative writing… and editing, which is never really fun, but is rewarding when improving the spontaneous prose and eliminating errors that would have spoilt it.

I created a little wolf art for this year’s Earth Hour, which is tonight, March 24th, from 20.30 to 21.30. Using some wrIus writer-genius to add to the 3-D artistry, I call it Earth Howler: 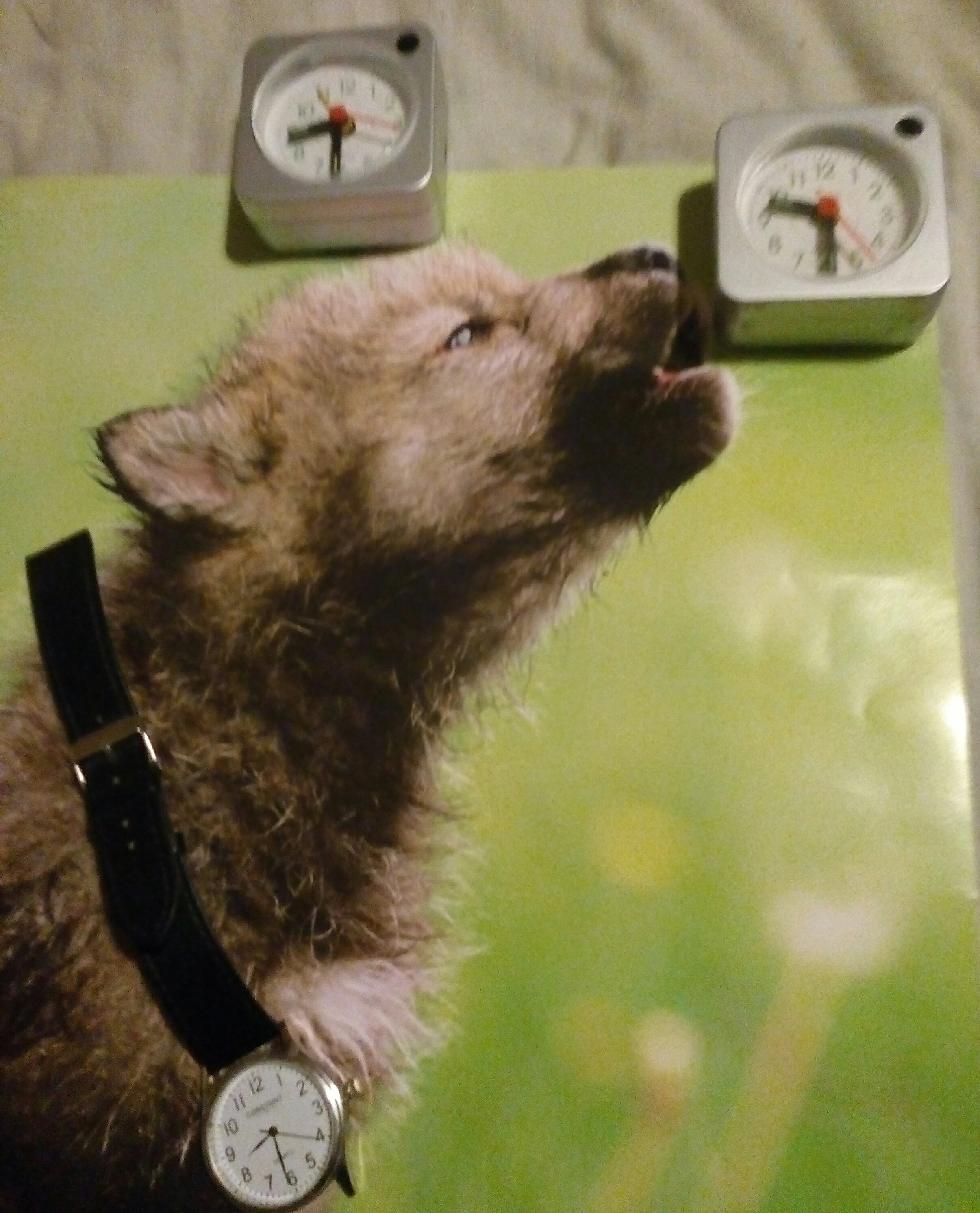 Marc Latham’s travel25years blog has had some great greenygrey photos from his Everest view trek recently, including a momentous battle between a tarantula and pompilid (like a giant hornet), so I thought it was time to catch up with his photographic travel memoirs from his time in Portugal, which followed on from my last such blog from Barcelona.

Hi, it’s Baron Wolfman, head honcho at Greenygrey Creation in the absence of the legendary Andy Wolfhol. Yes, I do believe that the last time I posted greenygrey photos not featured on the t25y site or the TravelThruHistory site was from Marc’s time in Barcelona.

As the blog runs backwards, the next stop was two years before, when Marc visited Portugal in 2009. Here’s some great greenygrey photos from a mostly yellowyblue land:

Hi, it’s Baron Wolfman, head honcho of Greenygrey creation in the absence of the legendary Andy Wolfhol. I’ve been storing up some greenygrey Facebook goodies for winter, and am sharing them with you below.

I’ve got lots of nice wolf photos, and a few others with great greenygrey scenes. The names of those who posted them are under the photos, and the photos link to their Facebook pages.

In this first one, a wolf seems to be enjoying greenygreying on a cold morning… or doing an impression of the genie’s lamp!

Just a cute pup enjoying a snooze with the warmth of its parent amongst great greenygrey nature in this photo:

Nice greenygrey trees behind this wolf:

Nice mixture of human and rhino greenygrey in this photo, with some vegetation to complement the main scene.

This kangaroo doesn’t seem into boomeranging!