Blogging has been great, but I’m quite bored of it now, and don’t think it’s got much use in a country and world that seems to have gone more polarised and fragmented. That seemed quite well summed up by an article I just read claiming a mural of Trump and Putin kissing was homophobic!

I started to give up when Avatar was called white racism, when I’d left the cinema thinking it was racist against whites!

British liberals including women and gays under the rainbow umbrella hate me because I criticise women/gays-hating Muslims, and their worship of a prophet who had a single-figures bride, resulting in many children being imprisoned in brothels; including environmentalists who hate me for not wanting an open borders immigration policy that can only result in more energy use and toxic pollution.

And then they wonder why people like me start to support Trump and Putin!

In the modern media world anything can be twisted against you. As a heterosexual working-class white man (yes I am to all the homophobic anti-semites who want to think differently; especially those egotistical narcissists who claim me as an admirer; or the bullying grooming leaders who portray me as must be being gay because I don’t act like them!) I know I’m up against it, with the Establishment and lefties supporting everybody against you, and twisting anything good you try to do into bad – such as defending our demographic, country and environment being ‘racist’.

The world is full of people using other people’s ideas. All my concepts and artistic creations were original and mine, although as a satirist I used other people’s materials as the inspiration and foil for my work. I thought the Kenco advert might have been inspired by my coffilosophy concept, and have no way of knowing if it was.

Maybe they think they have the right, after I appropriated adverts featuring greenYgrey for my greenYgrey concept satirical comedy, which I did hope would elevate it to superstardom!

I joked about it though, as Keith Lemon does in his new series, Coming in America. However, I was also influenced by people like Sacha Baron Cohen, who has a new series, Who is America? Ironically, I found Lemon’s funnier than Cohen’s now, although the latter has more humanities and social science interest, in line with my academic studies.

Neither have used possibly my best catchphrase yet though: ‘Every morning I have to wake up knowing I could be in the mansion.’ That was after joking I was Hefner’s heir, but then he sold it from under me, leaving me all at sea, as I am now.

Having read Guns N’ Roses members Steve, Duff and Slash’s autobiographies, and seeing the A Tale of Two Coreys movie yesterday, I guess Hollywood wouldn’t have been too good for me in my twenties, especially the way I was, trying to live the rock n’ roll dream, but who knows, it seems to have worked for many Brit ex-pats.

Many markets also want original work, even including blogging materials as a reason not to accept work; especially markets that are online themselves.

I wrote and blogged openly and without big expectations or conditions, in line with the counter-culture ethos of free and open ideas and knowledge, a desire to share my mind with the world, and to support my ’causes’ of human and animal welfare, and the environment; which I think are interlinked.

I am a bit disappointed that my ideas and work haven’t propelled me to superstardom, especially when I hear lots of drivel spoken and published.

While I may be ending my fading hopes for being a middle-aged model (one of the reasons I included a Stella McCartney character, as I also support her meat-free history; although her fashion products are quite expensive) I thought the revelation that Burberry burn clothes rather than discount them, shows that classism is alive and still accepted – which is unavoidable when you have the royal family (although I have mellowed in my views, as the Queen has done a great job, and most of the others seem nice, but I prefer Andrew’s accuser to him, and Cressida to Meghan!).

It would be nice to see the rich elites boycotting Burberry for its class prejudice, as they seem to take a stand against ‘racism’, but I don’t think they will.

I say support Blondie’s Pollinator Bee over Burberry, helping to save the environment while also taking a stand against class/wealth prejudice! 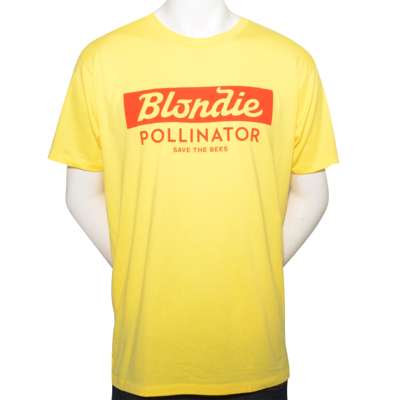 I watched the film Suffragette last night, and it invigorated my support for the feminist movement – to equality and beyond, paraphrashing Buzz Lightyear; the beyond does not mean superiority over men, just equality in society, and then beyond for the mind, as I think having equality and freedom will inspire developments in the mind; the same as for men fighting free of slavery and class.

Suffragette had a middle-aged work boss preying on powerless younger staff, including the protagonist Maud, like ones I saw in my day-job; and a couple of tutors at university, although I don’t know how much the latter were like that, or if it was as much the student/secretary – with the one she got engaged to anyway!

The opening three words of the new poem were inspired by a song that’s embedded underneath the poem. I hoped the 60s to 90s counter-culture would inspire such a time, but at the moment society seems to be going backwards, with the stormy sea policy stopping the reservoir cleaning itself out, and providing the clarity needed for peace and love to prevail.

A beautiful Italian woman was killed and dismembered by an immigrant recently. I only heard about it because it sent a local man mad, and he went on a ‘racist’ shooting spree. I don’t condone the latter’s actions, but both the woman and man are victims of the European immigration policy over the last twenty years, which has fuelled thousands of deaths, local and migrant, and many more rapes and robberies of European nationals trying to live normal lives in the only homes they know.

I know the old problems for women are still instilled in British and most European societies. We really don’t need a new wave of sexism, and one that is even more brutal than the one the Suffragettes fought against a century ago! German women have started a new #120db feminist movement specifically targeting the new wave of sexism caused by immigration.

Age of Love, floating in space
soft as silk, lost in lace
beautiful women, natural harmonising
if society is cloud, they are silver lining

Hi, it’s Greenygrey. We’d love the human world to be all safe and peaceful, and to think that a natural order would result from a dissolution of controlling organisations. But as we know from the wolf world, and most other animals, order is needed to benefit the pack or community. While some wolves live alone, and some spend time alone, most live within the order of the pack.

While Marc still felt part of the ‘counter-culture’ he saw a David Frost Show from 1970. Marc was initially most interested in it because hippies (of the Yippy youth hippies movement) took over the studio.

But what stuck in Marc’s mind most was the view of Frost’s other interviewee, the anthropologist and behavioural scientist, Robert Ardrey, who said that the hippies’ anarchist views were not in line with humanity’s past or the animal world.

Ardrey’s views seemed to be proven soon after, when the hippy movement collapsed and many of the Yippies soon became Yuppies. Although many of their views still survive, and are relevant for today’s world.

Adam Curtis included the breakdown of the 1960s hippy communes under competing personalities and egos in his All Watched Over by Machines of Loving Grace documentary; and this is featured by Marc in his 242 Mirror Poems and Reflections, which is now available to borrow for Amazon Prime members in the UK, France and Germany; joining the U.S.

We were reminded of this while watching the Natural World: A Wolf Called Storm documentary, when Storm led the pack on a two-mile swim through cold water.

His partner noticed their pups were struggling, and turned back to lead them  to safety, while Storm and the older wolves continued their swim. If she hadn’t taken that responsibility, the cubs would probably have drowned.

We think that shows how teamwork and sharing can help benefit a society, whether wolf or human.

P.S. While we mean this blog to be positive for women, we fear we’ll probably be accused of being sexist or something, for making out that women should be the ones taking responsibility for the young.