Tolerance to free speech should be a requirement for any immigrants to the UK/Europe: they should be required to agree to the showing of images of the Prophet Mohammed, who started 1300 years of war in his name, and had a child bride (Ayeesha) amongst his harem!

Sean Fletcher made a big statement about ‘white racism’ earlier in the Sunday Morning Live (religion-focused lifestyle programme) series, after a tweeter complained about a ‘black monopoly’ of presenters on the show that day (blacks are apparently only 3% of the population). They’ve also had loads of pro-Islam stories on over the series.
Today, he dodged the beheading of a French teacher for doing his job in a very religion-relevant story by saying it’s been a bleak news week, so they’ve chosen some funny ones to brighten it up.
To be fair to that programme, I checked Andrew Marr’s show before it too, and they didn’t have it either (he later ‘tackled’ white racism in an interview with Dawn French!).
So is it the BBC? Their news has given it quite a lot of coverage to be fair.
So it seems it is the programmes.
The big fuss they’ve made in support of BLM makes it all the more obvious. They don’t seem to consider free speech and white lives as important, despite being journalists!

That’s been my experience the last fifteen years. While they’ve made BLM activists out to be brave heroes, they’ve censored and persecuted me!

The original Islamist attack on Charlie Hebdo happened in 2015, as I wrote XaW Files: Beyond Humanity, and I referenced it in an epic poem, likening it to WW2 Nazis shutting down critical artists like Josef Čapek:

There seemed no point
in asking Warsaw
if it saw our Wolfhol
as Andy’s motto
is ‘Wolf not War’
and if he’d passed
through noticed
surely the city
would now be called
‘Wolfsaw’?

No Check before the Czech Republic

Jack said they were about to check up on me, and was glad I awoke beforehand, as he didn’t really want to use a ‘check’ joke before arriving in the Czech Republic.

We made good progress,
passing through Plock,
avoiding a road block.

We lost a little time
when Love got lodged
between loadsa leaves in Lodz.

We rolled into Wroclaw
where rock seems law
hair metal to the floor.

The border was in sight
but Love brailled a better crosser
finding all the letters in Czestochowa.

No Cheque in the Czech Republic

We crossed into Czech
without any checks
so straightaway looked for treks.

We didn’t have any
cheques to pay
so just went our own way.

Love liked the sound
of Hradec Kralove
so we went there straight off.

I knew it was a great choice
when I heard a voice
say we were on the Golden Road.

My Y loved walking on the Gold
and it reminded Grey of its epic trek
on the dust sandy path of Oz.

It got even better when we arrived
and I saw a coat of arms
with a lion holding a golden G.

I was in rhapsody
which was quite apt
as we were in Bohemia.

There was no Live Queen
but we met the unconscious
in Land of Many Names’s Josef Čapek.

A critical artist
killed in Concentration
similar in part to Charlie Hebdo.

… Yes, you may have guessed
greeny grey like my name
I hope so if you’re still playing the game..?

Leeds, Yorkshire‘s Le Grand Depart Le Grand Coincidence got grander last night, as I watched the welcoming and opening ceremony at the impressively greenYgrey Leeds First Direct Arena. Some of the attendees were wearing a yellow Y, which is totally the same as the greenYgrey‘s promotion of the Y to symbolise yellow!

Yes, there was a great greenYgrey Leeds Yorkshire welcome for the 198 Tour de France riders at the 13,500 capacity First Direct Arena, which only opened just over a year ago.

Some of the people interviewed, such as singer Alistair Griffin (who sings the official Tour de France Le Grand Depart song, The Road, with the lovely Kimberly Walsh of Girls Aloud fame; the song’s video on YouTube is posted below) and politician Nick Clegg, were wearing a yellow Y, probably to symbolise Yorkshire, but also reminding us of greenYgrey. Such symbolic merchandise is available on the Welcome to Yorkshire website.

As well as greenYgrey, the yellow Y can also represent the iconic yellow jersey of the Tour de France coming to Yorkshire. Yellow and blue are also important symbolic colours in Leeds and Yorkshire.

As I watched the Tour de France teams being introduced last night I realised Team GG (gYg) has a player in the great game.

Yes, I’m proud to announce that Team Europcar is flying the greenYgrey colours.

Then I looked on the Leeds.gov.uk website and saw it starts outside the Leeds art gallery on the Headrow, and then heads east down Eastgate to Regent Street, before heading north towards Harewood House via the Sheepscar Interchange.

Here’s a greenYgrey map showing the direction of the race, and fastest walking routes between the Headrow and Regent Street:

Enjoy the race, and good luck to all the riders, and especially the virtually Team GG and sometimes Team GB ones.

Leeds and Yorkshire is going gargantuan  greenYgrey this week. It is not in celebration of this website unfortunately, but is for a great reason. Yes, the Tour de France start (Le Grand Depart) is in Leeds on Saturday morning, and after the first day finishes in Harrogate, the second day will see the 198 cyclists whizz south through emerald summer dales from York to Sheffield. The third and final day in Britain will travel from Cambridge to London.

The greenYgrey’s promotion of yellow rebranding has of course been developing for several years – before the Le Grand Depart was awarded to Leeds; but the Tour de France has of course been awarding the iconic yellow jersey to the race leader for much longer.

So, although the greenYgrey and Tour de France have no direct links or influence on each other, they are meeting this weekend in Leeds and Yorkshire in a time-travel cultural-connection Le Grand Coincidence.

Our ol’ pal Marc Latham of course wrote two articles about the Tour de France and Leeds for Go Nomad and TravelThruHistory.

There have been some great greenYgrey images this week, as Leeds and Yorkshire prepares for the Tour de France, and here’s a few: 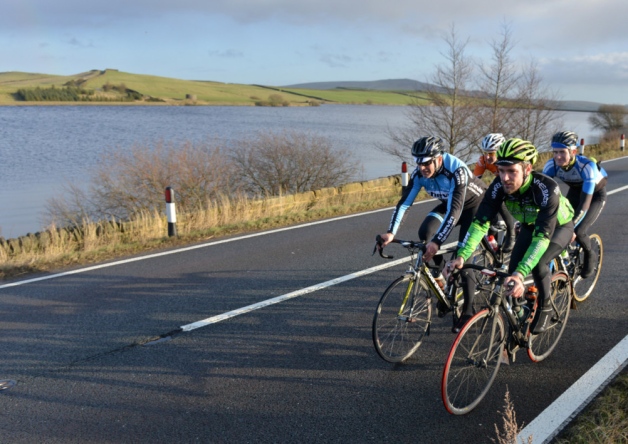 Hi, it’s Jack Wolfpac, travel writing correspondent at the Greenygrey inspired by the legendary travel writer Jack Kerouac. I was delighted to see this morning that there’s a new travel article on Leeds hosting Le Grande Depart of the Tour de France on July 5th.

The article is on the Go Nomad site, which has been a leader in alternative travel writing on the web since 2000.

The article provides travel info about Leeds and Yorkshire through a virtual tour of the city, as well as providing a little historical and retail facts. There’s also a lot of photos and a little of the author’s endurance sport history in the region linking the info and facts together into a travel article.

Marc Latham has just posted his last day in Saint Malo on travel25years.wordpress.com.

Hi, it’s Wolf Whistzer, intrepid newshound at the Greenygrey. The media hoo-ha ‘scandal’ about the Kate Middleton topless photos is a very greenygrey issue isn’t it. Well, it is for us. While we’d prefer a historic republic like France has, perhaps from the time of Cromwell, we think that the British royal family is now quite decent in most ways, and is probably preferable to most of the presidents we might have had in the last quarter of a century. The modern living of William, Kate and Harry only make us warm to the royals, and think the modern British royal family is not too bad at all.

Kate Middleton is a Modern Woman

While the media intrusion is unfortunate for Kate Middleton, we think it shows that her and William are quite normal modern people, and the sympathy that will follow the ‘scandal’ will probably benefit her image in the future.

The diplomatic way the British and French people have responded to the story also shows the way that matters such as this should be handled in the modern era.