It was a proud day for all Wolfsburg Women (WW) fans yesterday as Pernille Harder was voted European Women’s Player of the Year.

I declared my fandom for Pernille on this site’s sister blog travel25years last month, after writing about Wolfsburg Women in my last book XaW Files: Beyond Humanity, and noticing Pernille at the European Championships last year captaining Denmark, before knowing she played for Wolfsburg. She transferred there in December, 2016, a year after XaW Files was published: was she a fan of the book before Wolfsburg? The truth is out there…

I am Nothing if not a WW: Wordplay Wonder

While I would have liked to have seen Pernille playing for Wolfsburg Women I now feel like avoiding them, in case they think I’m a weirdo! If they invited me I would go!!

I have nothing much to offer Pernille than fandom, but was thinking that at my time of age, I would declare myself a lesbian man for Pernille and her partner, Magdalena Eriksson.

That got me thinking if there was such a thing: a male lesbian. I did find some references to male lesbians, but they were called just that, in two words.

Being a SPG (self-proclaimed genius), not to be confused with PSG as I wrote this week on this blog, I thought I could improve that by blending them together into: lesbiman.

I’ll dedicate it to Pernille and Magdalena, and any other nice women I’ve met in my life, and especially over the last thirteen years of creative writing and nostalgic travelling. My contribution to Pride.

Hopefully the not so nice people of the world that attack any humour that they think may be about them will see that parody and satire is not necessarily negative. I include Pernille and the Wolfsburg Women in my humour while really admiring and supporting them, a little bit from afar!

I would be delighted if other creatives or media parodied me or the greenYgrey in such a respectful way, and that’s all I’ve got to say on the matter this sunny September eve day!

If you want to read more on Wolfsburg Women, when Alexandra Popp was top of the pops during the greenYgrey’s epic ramble around Europe to a finding our Andy Warhol, Andy Wolfhol, travel quest pop art theme, look no further: 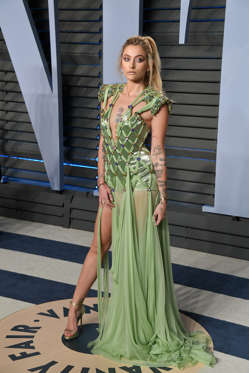 Yesterday, I proposed that modern communication was being reduced to double-dimensionality by new social media, with somebody jumping on any words and taking them out of context, misunderstanding them or considering them ‘out-of-date’. While out on a beautiful mid-MUSE (my Midwinter Until Spring Equinox, January 21st – March 21st, acronym, with loads of meaning) walk and run in the sun yesterday, after writing the poem explaining the ‘Third Dimension’ of communication, I thought that another I’ve thought of is when no meaning is intended, but people read something into it; looking for meaning in any words, no matter how empty of thought they were when created.

After explaining the three meanings yesterday, this fourth one is like a zero protocol;  prequel to a trilogy, reminding me of Ghost Protocol, which a little eerily was the fourth in the Mission Impossible series… and sometimes I think my writing is MI too! To be fair, this is a pretty basic poem, but I think yesterday’s was somewhat of a classic, so please consider this a lull in my genius, like a musical group playing a slow song to give themselves and the crowd a breather!:

no
messaging
of victory paean
words without meaning

From a quick web search:

paean – A paean is a song or lyric poem expressing triumph or thanksgiving;
or a metrical foot used in both poetry and prose, consisting of four syllables, with one of the syllables being long and the other three short.
refrain – The refrain is the stanza that keeps on repeating after some lines in a poem.
minimality –  Smallest in amount or degree;
or barely adequate.

Hi, it’s Susie Dentinfang, word expert at the Greenygrey and Countdown to the Full Moon, where I am fortunate to work with the lovely Wachel Wiley-Coyote and the lucky Nick Wereh.

It’s been an exciting week at the Greenygrey, with the proposal of Greenygreyliens as a collective noun for you lot going before the Board of Greenygrey at the next New Moon council on May 10th (please remind us if we are too excited by the new moon and forget to post the result!).

You’ve been such great Greenygreyliens this year that I’ve got a special hot off the press offering for you. And if you love LOVES and VOLES these might be perfect for you; and if you also love SCRABBLES (I just realised I’ve drifted into Orlovianism!) they might just be your favourite poems ever!

Love falls down
a board hole
twisting and turning
mixed and scrabbled
if reassembled joining
word with initial
becomes more valuable
as a vole.

I told you to show L-O-V-E
did I need to spell it out to you
you had to choose V-O-L-E
with your fondness for rodents
then they used the V
for a triple-letter point score
winning them the game
Voulez-Vouz
that’s mixed-up vole love for you!

Hi, it’s Susie Dentinfang, comedy-fantasy word expert at the Greenygrey. When I saw the word pietry yesterday I thought What the Flip, I don’t recall seeing such a word in all my days on Countdown to the Full Moon.

So I googled it (rather than looking it up), and couldn’t find a reference to pietry as pie-eating.

The only pietry I found was in the Urban Dictionary, and it was for gay German wardrivers!

So pietry looks set to be claimed as a new greenygrey word; I’ll keep you posted.

And if you want an example of pietry in motion, here’s an example:

Hi, it’s Andy Wolfhol.  Our best of 2011 greenygrey photos proved so popular with us, that we made a fantastic new free video containing lots of greenygrey photos, and released it onto YouTube without further ado.

Dedicated to the Doors

I’ve also copied it below for your convenience. As the Jim Morrison documentary recently inspired a fabulous new FM poem on the fmpoetry site I’m dedicating the video to the Doors. Here’s the new free video, enjoy!:

Hi, it’s Susie Dentinfang.  As you all know by now, I’m the word expert on the Greenygrey and Countdown to the Full Moon.

As greenygrey is still a homeless word, I thought we should start building extensions around it, to show how flexible and useful it can be.

I think the prefixes that work best with greenygrey are pre, un, re and de:

I think the suffixes that work best with greenygrey are er, esque/ish, ly and ness:

I think that’s enough to be going on with.  Please try your own new greenygrey words, and send them into us if you would like them published on Greenygrey Rambles.

Hi, it’s Susie Dentinfang, word expert at the Greenygrey and Countdown to the Full Moon.  Although we have made great progress in identifying a place for greenygrey in society, we must remember that it still has no place in any of the great word houses, known as dictionaries, such as Oxford, Collins or even our beloved Free Online Dictionary.

Greenygrey not at Home in a Dictionary

A search on Greenygrey in the Free Online Dictionary now brings up the sad message: Word not found in the Dictionary and Encyclopedia.

So although I have provided many reasons for greenygrey finding a place in the dictionary it is still at the moment out in the cold.

While the Greenygrey can survive out in the cold, due to its winter coat, it is not so easy for many people and animals.

And with numbers apparently rising in the difficult economic conditions, as winter arrives in the northern hemisphere, we should perhaps remember them.