There was another great day for Team GG in the Bahrain Formula 1 Grand Prix on Sunday, as Lewis Hamilton and Nico Rosberg finished first and second for another Mercedes 1-2.

The Team GG double double, after a Mercedes 1-2 in Malaysia too, was made all the sweeter by our oldest rivals, and most inspirational company Red Bull, only reaching sixth place in the race.

The motor racing, rugby union and tennis worlds have been lit up in greenygrey in recent weeks, and I’ve been straining at the leash to get a look in at the Greenygrey; to be able to update you.

Tennis has been a great servant to promoting the Greenygrey, with Rafa Nadal possibly the greatest ever Team GG player.

Nadal has been on about 50% greenygrey top form at the Miami Masters Sony Open, with the tournament to match:

Whereas newcomer to Team GG, Novak Djokovic, has been on 100% form:

Ireland won the rugby union Six Nations title in Europe, and wore a greenygrey shirt while winning it. It was their captain Brian O’ Driscoll‘s last season, so it was like a kind of Greenygrey’s Rambles fairytale for him getting the title and man of the match award while wearing a greenygrey shirt in his last international game.

Here’s O’ Driscoll after the game:

The new season reached new heights of greenygreyness in the first grand prix, as Nico Rosberg won the Australian Grand Prix in Mercedes’s greenygrey car. This photo captures the new greenYgrey brand in all its glory:

Good luck to all the sportspeople this weekend, and that includes our old inspirations and rivals Red Bull, who have been having a tough time due to Formula 1 rule changes.

Hi, it’s Martin ‘Werewolfie’ Adams, satirical sports correspondent at the Greenygrey. I’ve got some great greenygrey sports news today, to get your sporting Saturday kicked-off to a chaotic comedy start.

As regular readers know, I was inspired to enter the sports world by darts legend Martin ‘Wolfie’ Adams. So it was great to see the top darts player in the world over the last twenty years donning a greenygrey shirt to win the World Grand Prix title with a whitewash win for Team GG.

Meanwhile, from the German Bundesliga, Borussia Dortmund are excelling in the league, and doing well in Europe, with a great greenygrey goalie shirt worn by Weidenfeller.

The designers seem to have reacted to the increasing importance of yellow in the GreenYgrey world.

And finally, congratulations to our arch rivals but respected inspirations for Team GG, Infiniti Red Bull Racing, for winning the 2013 Constructors Championships. 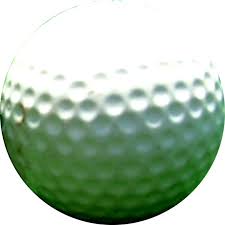 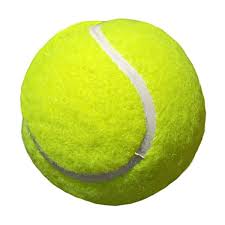 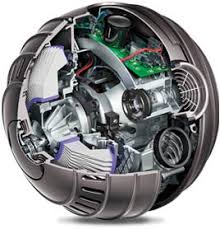 Hi, it’s Greenygrey, thanks a lot for all your visits so far in 2013. Great to see that the year has started off the way 2012 ended. Of course, we don’t know who you are, so you could all be negatives, but hopefully you visit the site for entertainment and information. If you would like to comment or contribute, or request work, please use the website contact page: http://greenygrey.co.uk/contact_marc_latham.php and please make clear your message title to avoid being mistaken for spam.

While we are mostly providing the statistics below as thanks for your visits, it could also be seen as blowing our own trumpet; and as the Greenygrey believes there is always a certain percentage of personal gratification in every philanthropic act, we believe you’d be right to think we’re doing this for the Greenygrey too.

Our research training and media experience Greenygrey thought process also makes us think the increase in website visitors could be down to changes in media technology, with more devices on the market and increased internet usership; and the way Google and other robot spiders (not metallyinsect ones) search the web.

Anyway, it’s great to see increased visitors, and we hope you continue visiting in 2013. Here’s some statistics and analysis.

The website was set up to entertain and inform in our own style and with our own views, while hopefully attracting work to help become self-sufficient. We like to think we’ve been successful in the former, if not the latter; maybe our focus on the former has hindered the latter? Here’s how our views compared in 2012 to our first year of 2008:

From our statistics we can see the countries of our visitors, and while we respect you all as individuals and don’t really care where you live, the following nations showed up in the top ten monthly visits during 2012.

If there is any (good) reason for this, we’d like to thank: Netherlands, France, Germany, U.K., Russia, China, Sweden, Tuvalu, U.S.A. and Lithuania.

In 2013 we plan to follow up the 2012 publication of Werewolf of Oz and 242 Mirror Poems and Reflections with another book that we hope to believe in and one we think provides value for money: a five years of Greenygrey epic super-book.

We are also delighted to announce that we will once again be sponsoring our favourite average endurance athlete Marc Latham, as he strives for new levels of averageness. In the Greenygrey world, word has it that we fought off a takeover bid by Red Bull, who see Marc as the next Felix Baumgartner…

Yep, we plan on bringing you more perceptive information mixed with surreptitious satire inspired by decades of cool comedy like Spitting Image and South Park again this year…

As the drawing below shows, Felix always wanted to do amazing flights, and he might have had a chip on his shoulder if he hadn’t been able to accomplish his ambitions.

Instead, in the accompanying photo he has a Red Bull on his shoulder, as well as leg and helmet; the energy drink‘s slogan is of course that ‘Red Bull gives you wings’, so it’s very appropriate.

But Felix wanted to jump from space, and this month accomplished his ultimate ambition with what Marc Latham described as the ‘moon landing moment of my life’.

And as seen in the photos below, taken from a BBC interview with Jeremy Paxwolf after Felix’s space jump, with the help of my cunning PR stunt, Felix has totally lost his chip, and his Red Bull, and looks totally relaxed with a Greenygrey on his shoulder:

Close-up of Felix and the Greenygrey:

So if the Red Bull slogan is that it ‘gives you wings’, maybe the Greenygrey’s should be that it ‘brings you peace’.

I’m going to send that to the Board of Greenygreyisms. To get a passed greenygreyism on my blog debut would be a dream. I didn’t make a drawing of it though!

We’ve been on Earth so long now that it’s hard to be amazed, but that was amazing in so many ways:

Why, Marc Latham, who has also been on Earth a long time, and got some personal buzzes from Flamingo Land rides and a short-flight this year, described it as ‘probably the moon-landing moment of my life’, after he’d grown up seeing the drama and history of Armstrong’s first steps on the moon, and then learning about how dangerous and ground-breaking it was.

The Beauty of Earth and its Bog – All Open Spaces

The slang observant amongst you might have noticed the BOGOL play on words in yesterday’s episode of the Werewolf of Oz. As well as being a play on words with BOGOF, BOGOL is also a contraction of bog-all, which a web slang dictionary describes as: ‘Noun. Nothing, or a total lack of. E.g.”We’ve bog all chance of winning without our captain and best player.” ‘

Although the Australian Outback and Northern Territories might not have many famous landmarks to an overseas visitor, and so we made a joke of it, that of course means there’s lots of unspoilt nature, as well as some interesting human communities.

And all that open space can be useful for human exploration and discovery, both physical and mental, as the Felix Baumgartner team used so well in and above the American desert yesterday… and which Kerouac and Cassady travelled by mind and motor over sixty years ago, before it was written up in the On The Road book.

And don’t worry, Grey found lots of interesting things in the Oz outback, as old Werewolf of Oz fans will no doubt know, and new ones will discover…

Hi, it’s Andy Wolfhol, deep thinking artistic visionary at the Greenygrey.  You know, sometimes when I’m wondering about the meaning of everything my mind becomes so boggled that I wonder if my colleagues and I at the Greenygrey are even real.

How Real is the Greenygrey?  Like Night and Day?

Although we have been around for many centuries, there is only a few years evidence in the human world.  But then, night and day were around for a long time before being observed and named by humanity, so you could say we are as old as night and day.

How Real is the Greenygrey?  Like Virgin, Red Bull, Apple and City?

It’s hard to imagine a world without Virgin, Apple and Red Bull now, with the companies expanding and evolving from one market to many different ones. Red Bull has motor racing and football teams, and has become almost statelike.

Towns and cities of course usually grow out of small settlements; they have emerged and disappeared just like the liquid in a can of Red Bull, although of course over a longer time period and slower pace.

How Real is the Greenygrey?  Living in the Cloud.

We are hearing more and more about the cloud where the computer information of the future will be stored.  As human civilisation becomes more virtual, will we feel more real; I feel pretty real already though!