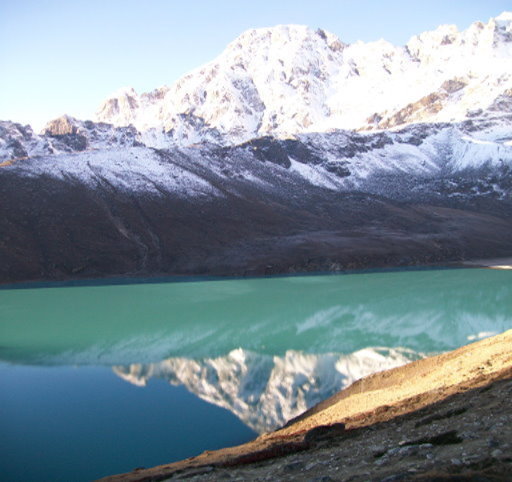 3 poems I made time to post to Facebook this morning; then one more, changing the title of this post to wordplay Poetry and Philosopher with numbers:

it’s all in your mind:
your it’s all mind

Bonus poem thought of here, falling into Moby Memory Gospel state of mind. After seeing it take shape, I crafted it into a Folding Mirror poem.

Thinking of Dogs: Wolves and Walks

More philosophic poems by a middle-aged white Doctor of Philosophy who’s been blogging freely for twenty years, after being persecuted out of university for criticising Multicultural Fascism!:

In response to someone posting AC/DC’s Rock n’ Roll Singer lyrics on Facebook:
Led me astray … in nineteen eight-a
1987 on the road I went away
hitchin’ n’ hiking, rock n’ rolling
2020 I’ve eased the tolling
cos downpayment blues
I had to start to pay!

(downpayment blues is another AC/DC song).

I think the way I do because
I’m special to me,
but i believe I’m just one life
in a belief system
encompassing all humanity.

I can easily write more poetry,
but will it surpass that written previously,
and is a plateau or downhill
simply artistic heresy?

Not looking for utopia
amongst humans any more.
Place to be: content mediocre
just trying to avoid deep dystopia!

If you liked the above there’s loads more in my books, and many much more epic and detailed; if you like that kind of thing! 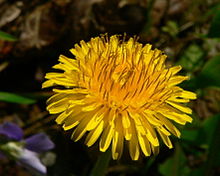 Sunflowers know the sun provides them with life.

They seem to have had an educa-sun (education).

Will you be rising early to see the summer solstice, and following it across the sky during the day, like a sunflower does before opening?

I won’t! Maybe it’s because I’ve flowered and so stopped, as sunflowers do?

I think Dominic Raab was right to refuse to take the knee in an interview yesterday, as it’s all starting to look Kneezi to me; Nazi style.

Especially after mostly white British children have been victims of  grooming by mostly brown/black crime gangs over the last thirty years – it’s bad enough they’re being given more money by loads of institutions – so they can tread on the white working-class more, and look down on them from higher!

I watched ‘America’s Nazi Experiment’ documentary last night; about a 1960s school experiment to see if they acted like Nazis when directed; and the Black Panthers were cited as an example of a movement that acted that way!

Making everybody ‘take the knee’ seems like getting everybody to do a salute; for Black Power like the Nazis’ was for Aryan Power!!
Seeing all the footballers conforming this week was like seeing documentary film of Nazi salutes in the UK before sporting events in the 1930s.

To most of the social media/Netflix/Game of Thrones generation it’s probably like planking or the ice bucket challenge, not knowing the sinister brainwashing it might be; like the schoolchildren in the documentary conformed without question!!!

I tried to teach people how to question such domineering grooming messages in my writing, after being refused by my university department, including the best of parody and satire, arts and society; including some free-thinkers who were victims of the Nazis in the 1930s; as Charlie Hebdo cartoonists were of I.S. in modern France!

Holly Willoughby Celebrity Juice fans had some bad news this week, with HW pulling out of the show, putting it at risk of ending. This blog post provides similar humour, that I thought of before that news.

A combination of posting about Holly Willoughby and the Werewolf of Oz (WoO) ebook being free to download on Smashwords until the end of the month; and Frank Skinner reminding me of Shaggy, and how the real town of Humpty Doo in Australia became a combo of Humpty Dumpty and Scooby Doo in WoO inspired me to think of combining Willoughby and wallaby for Holly Wallaby!
WoO did of course star another hoochie coochie Holly: Miss Valance, who became Mrs. Candy that year (2012). The Wizard of Oz theme travellers encountered a Simpsons/South Park-style Holly Valance in the real town of Riddell’s Creek, inspiring the Best and Scrumptious Bubble and Squeak riddle storyline, previously posted on this very website.
Best of luck to them all, and I hope you enjoy the image/book if you hear of them!!

After a sunny tree poetry idea entered my head it set off five days of sporadic sunny tree poetry; kind of like a sporadic poetry version of Jack Kerouac’s spontaneous prose.
After starting off with a simple thought it diverted into a capitalist/environmentalism economic critique, before a change in weather provided an ending, and a Holly Willoughby photo an irreverent epilogue!
Some people might consider it a form of madness, but I think it’s my skill: gateway to genius, which previously took me to the decade-long greenYgrey world!

Holly Willoughby
is not the Sunny tree
she’s a mother of three
likes flowery gYgPOPery
with no influencer links to me!
(inspired by MSN article and photo)
*gYgPOP: greenYgrey PinkyOrangePurple

If you liked the above, my latest/last books are full of similar:

Michael Gove’s Muslim/Monotheist bias; and therefore paganophobia; evidence of why I’ve largely been censored in UK?: At start of yesterday’s coronavirus conference (41 minutes into this news programme) he singles out Muslims and Ramadan in particular, and then mentions Christians and Jewish suffering similar.

No mention of pagans spending first spring without loved ones, or Buddhists, Hindus, Taoists etc!

Why the ‘Establishment’ also ignored the mostly Muslim child grooming scandal of the last 30 years… or it’s just economic, and the ‘Muslim (Saudi mostly!) pound’; another aspect to why Britain was kept open at the start of the coronavirus crisis later than most other European countries despite warnings from many; especially Italy and Spain!?

The mayor of Lombardy even took his children home from university to the region worst hit at the time, because he thought Britain was doing it all wrong (no airport checks, sport continuing etc), and was going to suffer worse than them if they carried on; he’s been proved right!!

My response, starting with a little (rude) X-Files wordplay joke:

Why did the Pentagon release them now?
For Fox Mulder’s Sake!

Chile released similar military footage of a tic-tac shaped UAP (UFO) from 2014 in 2017: available online.
Not far from the USA for us, and a short step for a bullet-speed aircraft.
Most countries in the world have many UFO cases, with some American documentary series collecting the most notable as those countries’ Roswell: Mexico, Brazil, Russia etc.
If they are alien, I don’t think they are more of a threat to us than we already face from fellow humans, directly and indirectly.

While I’ve been interested in UFOs since childhood I’d become sceptical in adulthood; putting it down to new military technology, such as stealth; and while writing XaW Files: Beyond Humanity (it includes a little X-Files reference, but not much UFO!.. but was investigating my own brain through the writing mind!!).

Ironically, the year after publishing that (X-Files returned during the writing!) I watched the UFOs: The Lost Evidence series on Quest, and its new cases added to old reinvigorated my interest. Ancient Aliens had a lot of good info too, but got a bit much with claiming everything within its theory. Then Blaze channel arrived, with lots more American series from the previous decade. Again, there’s a lot of good info, but a lot that seems sensational and unlikely.

My latest books, full of the mysteries of the mind, and my self-learning mostly through TV and online about science and space, turned into poetry and prose (but not much UFOs!):