‘Twenty minutes later, Bob Crow pulled another one back with a short snap strike, leaving the Redbacks defence red-faced as well as red-backed.’

Bob Crow passed away yesterday morning. He was the General Secretary of the National Union of Rail, Maritime and Transport Workers (RMT) and inspired the above Crow character in the Werewolf of Oz.

He was a good example of the working class battling to achieve, and help their fellow workers. If Britain hadn’t been divided by Thatcher and Blair, and profit and religion taken over from fairness and equality as the main political focuses, then maybe people like Bob Crow could have made Britain a more united kingdom.

His critics argued that he was holding Britain back.

But was he holding Britain back from cheaper tube fares, or bigger bonuses for the big bosses after workers lost their jobs?

The next reflection from 242 Mirror Poems and Reflections commented on this, and seems a fitting post for a man who tried to help those struggling to survive in a rapidly changing country.

The well-behaved British working class used to be known as ‘salt of the earth’ when they were compliant up to the 1950s, but not so much anymore.
Were things that different in history? I don’t know.
And have they changed that much? Well, elite corruption has been exposed more since the 1950s, making the workers less likely to trust and revere the upper classes; Thatcher decimated the working-class industries in the 1980s, destroying communities; and New Labour betrayed their traditional voters by squeezing them out of the workplace between high-earning elites and foreign workers willing to work for less.
So things have probably changed, but I don’t know how much, or if it is the main reason for there apparently being less ‘salt of the earth’.

Marc Latham’s latest Folding Mirror poem was inspired by Pope Francis’s impressive start, and some people questioning whether he is too ‘socialist’ or ‘Marxist’. It is quite topical what with Christmas shining over the mid-winter horizon.

Marc was brought up a Christian, but doesn’t really believe in it now, although he likes Jesus Christ the historical figure: the rebel socialist. While he would rather a world without religion and royalty, he doesn’t expect either to disappear in his lifetime, so hopes they’ll be as good as can be.

While some people might think a peasant pleb like Marc shouldn’t even be commenting on such things, they should remember that we live in an age of free speech and democracy. Moreover, religious and royal leaders get millions of people listening to their views, so the words of an independent blogger are hardly likely to matter much.

How Christianity Lost Its Way

Marc remembers reading in Peter Prew’s The Human Reality how the Christian church was hijacked by bureaucrats, and turned into a financial enterprise, resulting in its current wealth and use as a cash cow by T.V. evangelists etc.

So maybe Pope Francis is taking the Church back to its roots; after centuries of doing wrong a lot of the time; to the true teachings of Jesus Christ?

To be as mad as a March hare is a popular idiom.

Hi, it’s Stella Lagerwolf-Bruno, comedy-satire fashionista suprema @ Greenygrey central, with influences including Stella McCartney, Karl Lagerfeld and Bruno. Yesterday saw the passing away of Margaret Thatcher, Prime-Minister of Britain during the 1980s, when Marc Latham was a youth. Marc was a  scruffy socialist at the time, totally opposing the attack on the unions by Thatcher. Oxymoronically, he did also dream of escaping to LA: to live a life of heady hedonism with Guns N’ Roses and Motley Crue on the beaches and in the clubs of the acutely capitalist City of Angels.

I think I know how Marc felt this morning, as I mixed listening to the divided bitter opinion about Margaret Thatcher with forming this post about the united happy London Fashion Week Spring/Summer collection 2013; like a DJ using two decks!

In digression, is genius at its essence simply the mixing and connecting of two seemingly unrelated data, materials or issues?

And today’s blog is now of course in line with yesterday’s poetry post about mixing depressing news with escapism, in line with Greenygrey theory.

The Greenygrey has looked for the meaning of everything in the human world, and at the moment thinks the answer is to be found more in fashion than politics.

Returning to London Fashion Week’s Spring/Summer 2013 show was a real trip down memory lane; a lane that felt unlit when first found. After entering the highlights, I couldn’t relocate the spring/summer collection at first, and thought it might not be there any more!

But then my logical mind kicked in, and I thought it must still be there, what with spring having briefly returned to the UK on the weekend. Then I saw the little arrow next to Autumn/Winter 2013, and found my way!!

Having found my way on the path to fashionable spring/summer 2013 I then had to decide a research method, as there were so many great greenygrey and other outfits.

So I decided to choose the first great greenygrey outfit, rather than plough my way through them all. However, after I had chosen Day 4s outfit, Daisy Lowe‘s cool rock chic look enticed me into the video highlights, and I noticed a great greenygrey number by Burberry Prorsum (reminding me of the great Dame Edna, a lover of possums and star of Werewolf of Oz: Fantasy Travel by Google Maps), so I included that too. Then I noticed we didn’t have any blonde models, and I didn’t want to be accused of blondism, so I included a blonde model from Day 4 too; making Day 4 rather hectic!!!

The video highlights also alerted me to how much Ab Fab greenygrey there was at the fashion show too; including on the logo and catwalk. So I quickly snapped up a couple of images to introduce the post.

Wow, this was intended to be a quick easy blog, and has turned into something of an epic. Anyway, although there was a lot more greenygrey on view, that’s all for now, and on with the show:

Hi, it’s Greenygrey. With two Greenygrey publications recently self-published, we thought that this week would be a good time to look at how the Greenygrey emerged into the human world, and where it is at now; and of course create more interest in the books; we believe in transparent publicising/advertising at the Greenygrey! In international politics, the Greenygrey emerged after the end of the Cold War and emergence of the War on Terror clouded (created greenygrey rather than black and white) the old distinctions between left and right. 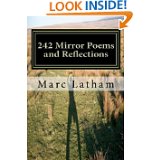 The  West’s Awakening and Division of Socialism

When the U.S. supported Afghan insurgents against the Soviet invasion in the 1970s and 1980s (since told in films such as Charlie Wilson’s War) Marc Latham thought they’d regret it. The U.S. seemed to think they could trust fellow god-fearing monotheists more than the godless pagan socialists.

Marc was at the time an ardent socialist, supporting the unions in Britain at a time when there was clear daylight between the right (American capitalist) and left (Russian socialist) wings of politics, with his political heroes those described by the ‘right-wing press’ as the ‘loony left’, such as Arthur Scargill, Tony Benn and Derek Hatton; and left-wing uprisings by groups such as the Sandinistas in Nicaragua, which promised to end corrupt dictatorship and bring a fairer society for the people. Apparently, President Daniel Ortega ended up being corrupt too when the Sandinistas won power.

The Cold War ended in the 1990s, and was replaced by the War on Terror in the early twenty-first century after the 9/11 attacks on New York. Ironically, the training hub of the Islamic religious revolutionaries was Afghanistan, and most of the 9/11 bombers were Saudi Arabians; an ally of the U.S.

While some of the old left such as David Aaronivitch chose Western Capitalism as the best of two evils, others like George Galloway chose to side with Islamic Jihad; of course, it turned out that the old left’s Soviet Union had plenty of evil too, but it had mostly been kept quiet beyond the Iron Curtain.

That’s not to say that the Old Left had been wrong about the evils the West had supported in the Cold War, with the atrocities committed by dictators such as Somoza and Pinochet all too real.

This blog was inspired by the passing away of old-left historian, Eric Hobsbawm, an article about it on the Prospect website, and a comment by our ol’ pal, Marc Latham, about it. Here’s what Marc wrote:

I think that Eric Hobsbawm should be remembered as a great historian and contributor to twentieth-century thinking, but agree with RAPProds that ‘left-wing’ authoritarianism has been, and can be, as bad as ‘right-wing’, and it should be a matter of right or wrong rather than right or left.

‘Lefties’ like George Galloway were supporting the Arab governments before the revolutions, and then presumably became supporters of the revolutionaries trying to depose them, as he likened his campaign in Bradford to the Arab Spring.

The treatment of women in the Arab countries continues to be totally unequal, sometimes to the point of bullying oppression, with many women losing freedom and rights since the ‘Spring’, which Marx would surely object to if he was still alive; whereas there is more gender equality, as well as other equalities, in the ‘right-wing’ UK, USA and Israel, so who’s the more socialist?

As I have previously written:

When I started studying at university I focused my attention on how right-wing elite society did this, before the political, banking and media scandals brought it all to the surface.
But by then I had widened my scope to all of humanity, as I had seen ‘left-wing’ New Labour involved in those scandals, and the ‘counter-culture’ lying, spinning and censoring as much as those they criticised.
I used to think that the left and ‘counter-culture’ were the goodies, but now I just see them as the other side; one half of a self-perpetuating human whole that lives off competition, division, power and greed. When ‘rebels’ gain power it usually corrupts them, and they become like those they considered not fit to rule.
I saw the documentaries of Adam Curtis between writing the poem and this book, and they seem to provide a good overview of the competition at the heart of humanity and society.