Having seen the Silbury Hill mystery POP (PinkyOrangePurple) cloud that looked like rocket smoke yesterday, and then finding this StellaDrone epic space music today, some (neurons in my mind, like the Numskulls of comic fame, and Inside Out characters of movie stardom) are wondering if it was Stella Lagerwolf-Bruno of the greenYgrey world (inspired by Stella McCartney, Karl Lagerfeld and Sacha Baron-Cohen’s Bruno character) who’d POPed in to visit Silbury.

London fashion week has been such a whirl Naomi Mdudu beat me to the breaking story in yesterday’s Metro. Yes, it’s all over now, and it was such a wonderful whirlwind my mind feels like my House of Holland clogs hardly clattered the catwalk crowd kerfuffle, but my legs tell me something else.

Talking of brands, as I will be soon, I think Jo Brand is funny too.

First of all, apologies to you if you tried to read the Greenygrey yesterday morning and the website was down. We hoped that it was because lots of fashionistas had logged in to check out the new greenygrey fashion developments from the London Fashion Show, but it was just one of those Gremlins.

Secondly, apologies to Stella McCartney. You know, I love Stella really (but her mother Linda’s veggie sausages more!) and our rivalry is just a greenygrey media creation.

I think Paco Wolfsang must have got carried away with it, because my apprentice fashionista totally missed Stella McCartney’s greenygrey spectacular at London Fashion Week in his LFW report.

Thankfully, more experienced fashionistas at the Metro newspaper spotted the greenygreying spectacular, and through the wonders of modern technology, I have now imported them into the Greenygrey world for your delecation:

The Board of Greenygrey Fashion Quality Control has controversially passed Stella McCartney’s outfit as greenygrey:

There was nothing controversial about Stella McCartney’s synchonised greenygreying display:

Hi, it’s Stella Lagerwolf–Bruno, fashion correspondent at the Greenygrey. The Greenygrey took the Greenygrey fashion team down to the London Fashion Show last week, and it was great to rub shoulders with today’s leading fashionistas, such as Ga Ga, GG and RiRi. Moreover, the Felder-Felder twins put on a fantastic FF impersonation of GG.

Reading too much into this photo, and trying to twist everything to fit into a greenygrey theme, we believe they used black and white to keep the true greenygrey message under the surface, where only greenygrey connoisseurs will be able to deconstruct the intended depths… of satire we were born.

While I checked out the clothes, I sent Paco Wolfsang over to have a look at the accessories. He brought back a video and photos of a great Anya Hindmarch greenygrey display and collection.

The video is available on the London Fashion Show website, and here’s a couple of highlights from the handbags-dominoes display (we hope no Greenygreys were hurt in the making of the handbags, and especially the Stella ethical consumer in me!):

Hi, it’s Stella Lagerwolf-Bruno, fashion correspondent at the Greenygrey. As you no doubt know, I have to design horse-culture to to keep ahead of Posh Vic and Paco; as well as meeting the demands of British meat-eaters.

For example, here are a few of my new designs; including a few greenygreys I’m sure you’ll be pleased to know (well, green and grey at least):

Greenygrey in the Community

However, I also like to see my clothes worn by ordinary folk too; and especially when they are doing good deeds in the community. A fine example of that is the first-aiders helping keep those priceless Premiership pins in tip-top condition when the magic sponge just won’t do the trick:

Not to mention keeping the streets clean. This is a rare quadruple greenygrey by the way: clothes, lorry, road/hedge and house/door. Photos don’t come much better than this in the Greenygrey world: 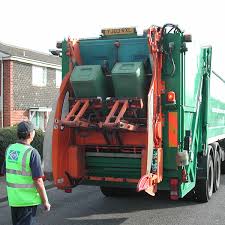