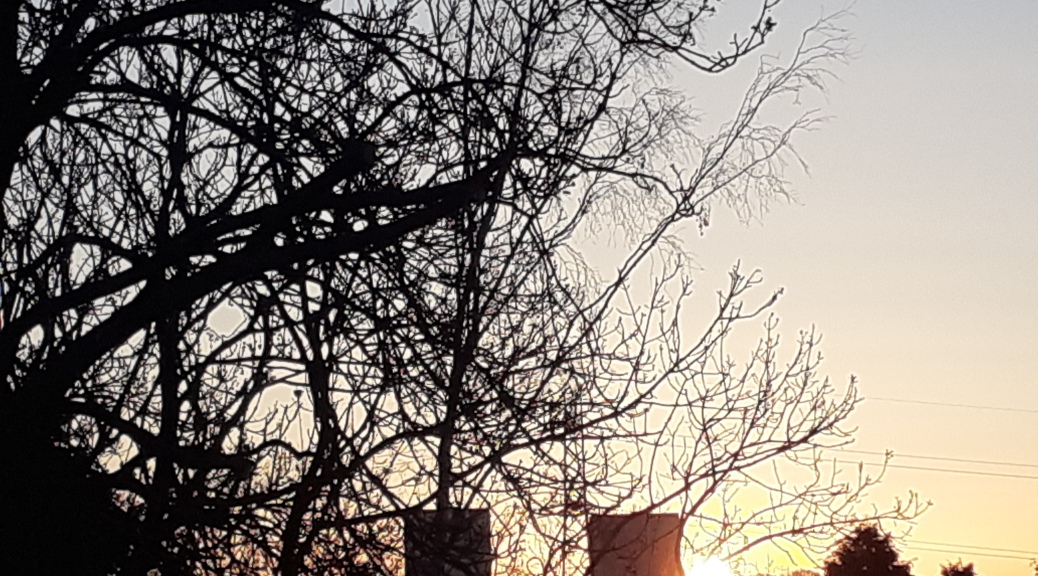 This morning’s sunrise (really: our first sight of it) shows it’s nearly reached the first of two buildings. It should be in the middle of them in about three days, judging from how its moved from the two trees six days ago:

If there is an alignment of weather and awakening I hope to witness it, and bring you some photos…

A year ago yesterday the photos below were taken, and comparing them to photos earlier in the week started the ancient astronomical angle to the mistYmuse.

I have proposed POP theory;
think I’ve proved sunrise can be pinky,
but it is for others to study it rigorously.

There was another clear sunrise today, and I was awake, but decided not to photograph it as I took some yesterday. While some may consider me an extremist or fanatic for what I have recorded, for true scientific sunrise/twilight research, every one would have to be recorded for hours, from first light to bright sky.

Maybe there is someone doing that: to distinguish the colours, and how cloud forms in different parts of the sky, and how they interact? Or maybe there will be…

Here’s three photos from the previous time I took some previous to yesterday’s, on January 26th, when pre-dawn pulsating pinky penetrated a mostly cloudy morning, with a band of yellowy orange in the middle of it, like POP with purple on the end; the grey sky looks purplish in the cropped last photo.

They also show how an edit can change the scene. I think they have a different colour to yesterday’s set.

Regarding the post title, I was listening to Solstafir while writing the post, with the name apparently meaning crepuscular rays.

The ‘sunrise’ is now half way to the city centre from its midwinter most south-westerly first sighting point, with the big tree and v (a little poetry) convenient markers.
This morning’s photos above, and midwinter ones below.

Nordic blonde women’s role in the greenYgrey; which ended in Scandinavia; were as guides to the POP (PinkyOrangePurple), like runway lights guide planes to the sky:

The above is the explanation of an epic tale that ended four years ago. For those who think I’m just trying to target Nordic blondes with advertising, well, amongst all the advertising and influencing around; with most of it anti-white; this is nothing; and it’s more about correcting all the crap and counter claims made by those who wanted it to fail.

At the time my ideology was one of colour blind freedom of speech, following the Scandinavian example of equality and tolerance. 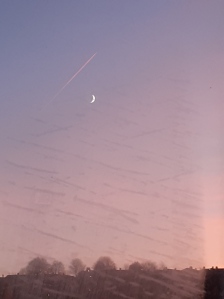