Hi, it’s Chris Packwolf, nature correspondent at the Greenygrey. We werewolves often debate the Big Questions about life, such as which/witch is our better half: human or wolf.

Polar Bear Family and Me

While the merits and faults of humans and wolves are sure to Bram Stoker up a heated debate in the Greenygrey world, we are usually in universal agreement that humans are more empathetic than polar bears.

This is because we watched the Polar Bear Family and Me, and read Marc Latham’s Natural World Media article about the series.

While the polar bear family was shown to be very loving and caring of each other, they were obviously just trying to survive, and didn’t have the time or inclination to ‘care’ about other species.

Although humans are of course more destructive to the planet and other species overall, and polar bears make friends with huskies, some humans try to protect their animal competitors; and even those animal predators who threaten humanity, which might just lift  humanity above its predator competitors.

Hi, it’s Susie Dentinfang, word expert at the Greenygrey and Countdown to the Full Moon. Following the exciting documentary about searching for tigers in Bhutan a couple of weeks ago, which mentioned it was the land of the Yeti, a documentary this week had possible sightings of Greenygreys in the very same Himalayas mountain range.

Although it might not seem ideal habitat for Greenygreys amongst all the rock and snow around Everest, there are many surprisingly greenygrey areas in the region: 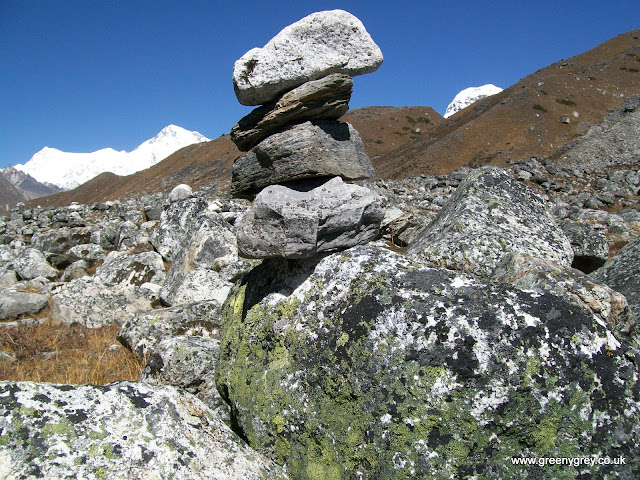 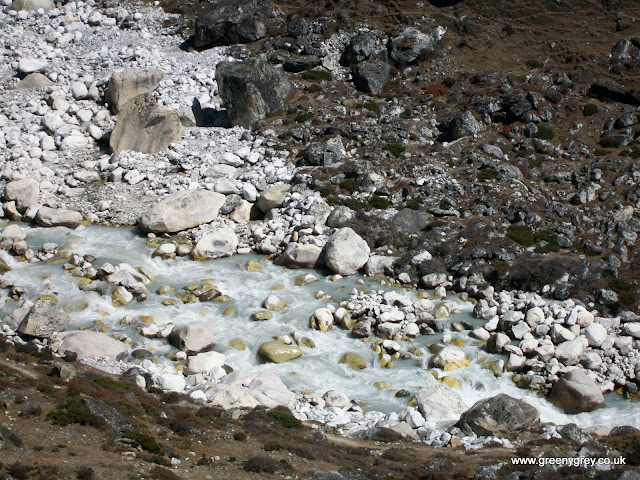 Climbing Everest with Mountain on Back

During a BBC documentary about the lives of Sherpas, who carry massive weights up Mount Everest and the rest of the region, there were some remarkably vivid images of what looked like Greenygreys.

During my research for this blog I googled ‘werewolf collective noun’. On the first page of results I found previous proposals of ‘pack’ and ‘lunacy’. I have decided on an alternative proposal for a collection of Greenygreys.